You are invited to an exhibit entitled “An African Adventure: The People” by Larry Lyons and Patricia Worley. The exhibit will be at the Cherry Hill Library, Cherry Hill, NJ for the month of February 2014.

Here is the announcement about the reception: 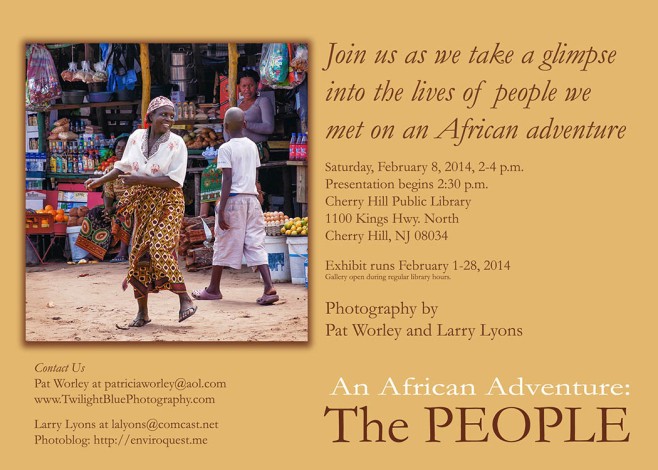 ‘An African Adventure: The People’

A reception and slide show will be provided on February 8th, 2014. The slide show will present the experiences that Larry and Pat had as volunteers with the African Impact Organization for a six-week period from from September through October 2012. The slide show presentation will focus on working and playing with the Zulu children, photographing people at work and even photographing  a wedding at a small village in Mozambique.

Here are just a few selected images that are displayed at the exhibit:

This is the door to the one-room schoolhouse (referred to as a creche) where these little ones were posing.  You can see some of the crafts that they created hanging from the ceiling. A creche provides the initial foundation of learning for these young Zulus. 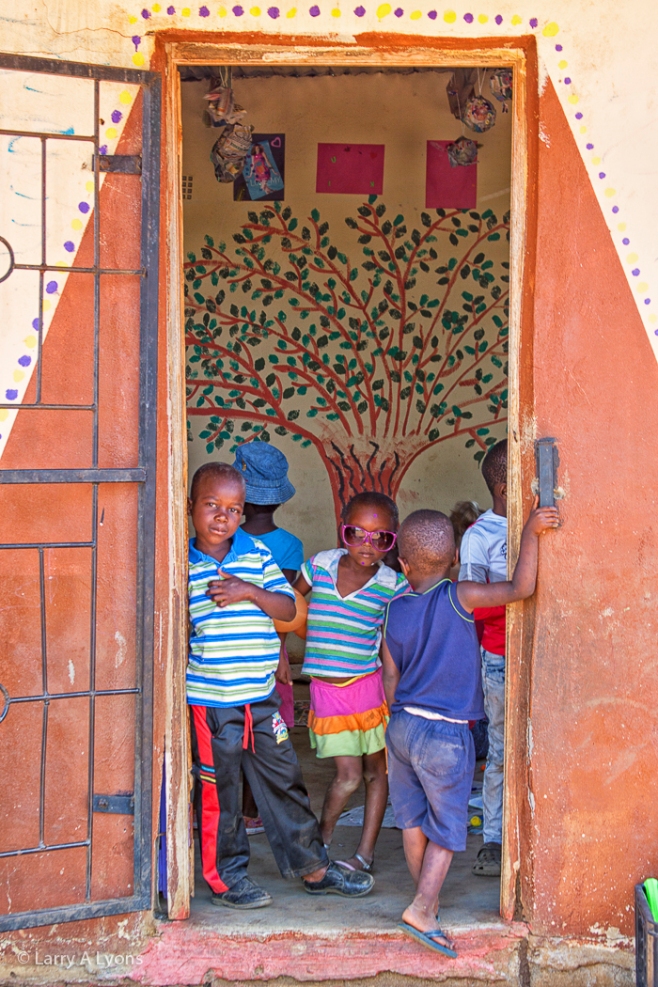 ‘Tree of Knowledge’ © Larry A Lyons

Washing their hands before eating was a required ritual. This little one needed some help and her eyes just say “My Turn”.

Here the children are practicing their letters on an outdoor chalkboard.

‘Learning The Alphabet’ © Larry A Lyons

Ziggy, a community relationship counselor for the African Impact Organization, is requiring each child to pronounce the letter and word before being permitted to go out and play. The children line-up and wait their turn. One child was held back until the end to try again.

‘Rite of Passage’ © Larry A Lyons

An unexpected encounter while strolling along the dirt roads of a seaside village in Mozambique was viewing and photographing a caravan of a wedding party. The first pick-up truck carried the entire troupe of bridesmaids while the bride and groom followed in a truck decorated with balloons.

Once the wedding party arrived at the market place the celebration literally moved into “full swing”. You can feel their rhythm with their movements and the singing in their native language was absolutely beautiful.

A fisherman with his homemade raft was poling through a series of fish traps within Kosi Bay estuary. Kosi Bay is a series of four interlinked lakes in the coastal northeastern region of South Africa and is a World Heritage site.

Stay tuned. There will be upcoming posts related to more wildlife images from Africa.